Then explain why an 83-year-old woman (some reports have her at 84) handing out pro-life pamphlets was just shot in the back.

The cowardly shooting occurred on September 20 and barely made the news.

The shooting occurred in Ionia, Michigan.

The woman was volunteering for Michigan Right to Life, handing out pro-life pamphlets.

Upon knocking on one door, the residents did not approve of her pamphlets and an argument ensued.

As the woman was walking away, a man emerged from the home and shot her in the back.

It's no surprise that an abortion activist shot an 84-year-old Michigan grandma campaigning against Proposal 3.

It would legalize abortion up to birth -- and if you support killing an innocent baby days and weeks before birth you have no problem shooting an elderly woman.

Michigan Right to Life stated, “The volunteer is recovering and in good spirits.

“While the motive has not been determined by law enforcement, no one should be shot while peacefully exercising their Constitutionally protected right to free speech.

“Michigan voters should not be intimidated from peacefully speaking out against extreme Proposal 3.”

This is exactly what Democrats are gaslighting… they want us all afraid to leave our homes so they push through their radical policies. 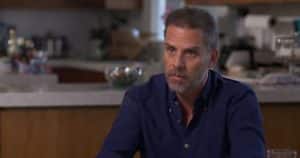 December 5, 2022
•
By
Ryan E.
1 2 3 … 247 Next »
Newsletter
Get news from American Digest in your inbox.
By submitting this form, you are consenting to receive marketing emails from: American Digest, 3000 S. Hulen Street, Ste 124 #1064, Fort Worth, TX, 76109, US, http://americandigest.com. You can revoke your consent to receive emails at any time by using the SafeUnsubscribe® link, found at the bottom of every email. Emails are serviced by Constant Contact.