A prominent Christian group has just scored a massive win.

Who decided that, you ask?

On Wednesday, Judge Reed O'Connor decided that a group of Christian employers should not have to offer insurance plans that violate their religious freedom.

The main point of contention from the group of Christians was that they should not have to cover HIV prevention drugs.

The group said the act "violates their religious beliefs by making them complicit in facilitating homosexual behavior, drug use, and sexual activity outside of marriage between one man and one woman."

They shouldn't have to encourage sex outside of marriage if they don't want to.

Reed O'Connor, the judge that awarded them the victory, had been appointed by George W. Bush.

To read more about this story, click on the source here. 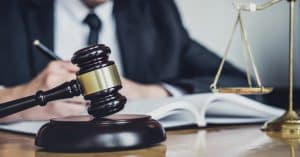 January 30, 2023
•
By
CJR Staff
1 2 3 … 1,969 Next »
Newsletter
Get news from American Digest in your inbox.
By submitting this form, you are consenting to receive marketing emails from: American Digest, 3000 S. Hulen Street, Ste 124 #1064, Fort Worth, TX, 76109, US, http://americandigest.com. You can revoke your consent to receive emails at any time by using the SafeUnsubscribe® link, found at the bottom of every email. Emails are serviced by Constant Contact.