The news out of New York City seems to get worse with every passing day.

The subway system has become a kill zone for maniacs

Now, a video has surfaced of a maniac purposely driving up on the curb to run over pedestrians.

Officers appear to be trying to pull over a vehicle when the driver makes a radical move.

He put the car in reverse and mowed down pedestrians on the sidewalk.

The driver then fled the scene, heading eastbound on West 202nd street.

The NYPD stated that they were trying to pull him over because "The officers were alerted to a hit-and-run of another vehicle moments prior."

They believed that car was involved in the accident.

They have asked for help in identifying the driver... 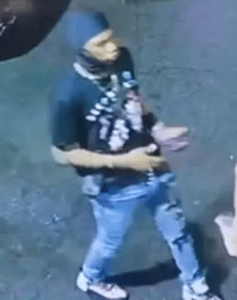 Anyone with information regarding the driver can call Crime Stoppers at 800-577-8477.

This all falls on New York City mayor Eric Adams.

The man spends more time partying than he does running the city.

We never thought it could get worse than Bill de Blasio, but Adams has proven there was still plenty of room to the floor even after de Blasio's disastrous administration.

January 26, 2023
•
By
Burroughs
1 2 3 … 1,920 Next »
Newsletter
Get news from American Digest in your inbox.
By submitting this form, you are consenting to receive marketing emails from: American Digest, 3000 S. Hulen Street, Ste 124 #1064, Fort Worth, TX, 76109, US, http://americandigest.com. You can revoke your consent to receive emails at any time by using the SafeUnsubscribe® link, found at the bottom of every email. Emails are serviced by Constant Contact.