There was a bit of a scandal that took place during the closing ceremony of the Chinese Communist Party meeting Saturday.

Former President Hu Jintao was forcibly removed from the meeting.

It took a few minutes for security to be able to get him to leave, with President Xi seemingly telling him to go toward the end of the interaction.

The scene was a bit surreal in real time.

There was no indication that anything was wrong, then security just showed up to remove him...

A few interesting things took place as this was going down.

The official sitting next to Hu grabbed Hu’s folder and turned it over to security.

Additionally, Hu tried to grab a piece of paper sitting in front of Xi as he was leaving, but Xi held it.

There has been no clarification from the Chinese regarding what had happened.

Additionally, Chinese media did not report on the incident at all.

Based on the actions of Xi, we have to assume whatever it was that happened, did so with Xi’s approval. 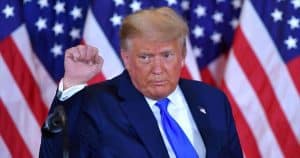