Beto Slams Biden for Not Heading to the Border

It sounds like Beto O'Rourke still has a bone to pick with Joe Biden.

When Biden was on the campaign trail, he vowed that Beto would be brought in for the big gun grab.

That appointment never happened, and now Beto is spitting venom in Joe's direction.

Latino votes are abandoning the Democrat Party in record numbers.

Democrats seem to think allowing illegals to enter this country will help them with the current Latino voters, but it is having the opposite effect.

While speaking at the Texas Tribune Festival on Saturday, Beto slammed Biden for never trying to woo the Latino voters in Texas.

He stated, "Candidate Biden didn't spend a dime or day in the Rio Grande Valley or really anywhere in Texas, for that matter, once we got down in the homestretch of the general election.

Maybe that is because Joe Biden could care less about the legal residents of this country and how they all did things the right way.

That much should be apparent.

Or perhaps these people, like everyone else in the country, see a bank account that continues to go backward instead of forward.

Beto still thinks he has a chance in the upcoming gubernatorial election, but he is due for another embarrassing loss.

This will make three straight elections where he walked away as the loser. 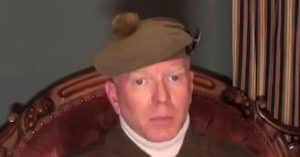 December 5, 2022
•
By
Ryan E.
1 2 3 … 246 Next »
Newsletter
Get news from American Digest in your inbox.
By submitting this form, you are consenting to receive marketing emails from: American Digest, 3000 S. Hulen Street, Ste 124 #1064, Fort Worth, TX, 76109, US, http://americandigest.com. You can revoke your consent to receive emails at any time by using the SafeUnsubscribe® link, found at the bottom of every email. Emails are serviced by Constant Contact.